A downloadable game for Windows and Android

Did you ever wonder why squirrels run back and forth across the road? They're playing the Acorn Squirrel Race!

play against Compu-squirrel or a friend! Press ENTER to start, Press ESC to quit the game.

You can turn the sounds on and off and the blood on oroff in the options menu at the beginning of the game, both are OFF by default.

Objective- collect acorns of the same color as your squirrel and bring them back across the roads to score points.

The first squirrel to collect 12 acorns wins the round, there are 10 rounds, each harder to complete. After 10 rounds the winner of the game is announced! Good luck!

Now in the Android version you have 3 tokens you can use to avoid being run over by the traffic for a set amount of time. If you run out of tokens you can click the 'watch ad' button and receive a token for each ad you watch.

The game is automatically saved when exiting with the (windows)ESC key or (android)BACK button on device.

UPDATE 5/10/18 ANDROID VERSION ONLY
!IMPORTANT!: If you already have this game installed and wish to update it you must clear the app's data and then uninstall it before downloading the new version and installing it or it will crash when it attempts to load saved data from the old version's file system. Also note that your old saved game will be lost. there is nothing I can do to prevent this, sorry for any inconvenience, If you don't live in Europe you can safely ignore this update.  The proper way to do this is in your android device go to Settings>apps>Acorn Squirrel Race>Storage and click Clear data>OK. Then download and install the app. 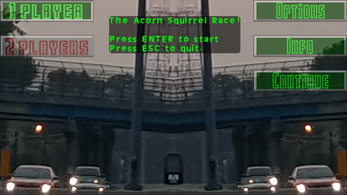 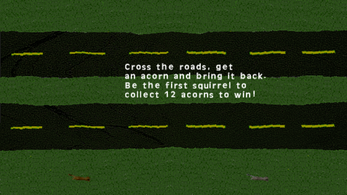 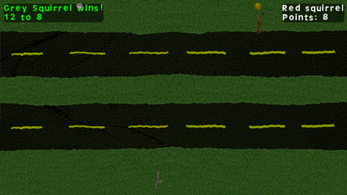 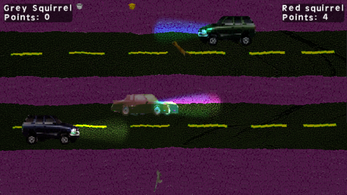