A downloadable game for Windows and Android

The Mana Well is now in the early stages of development, targeting the windows and android platforms.

An illusional fantasy action rpg / visual novel combination game about the player getting sucked into a book and becoming the playing character.
In the world of Garnas there has never been any record of magic use, but your unexplained arrival there heralds in a new era, one of magic, and you are unknowingly paving the way.

UPDATE 4/18/18
The last week and a half has been spent doing quite a bit to the game, and now the final demo version is out!
As well as windows 8+ and android I also have created a pre windows 8 version.
what's new/changed:
- All controller positions and alignment with virtual buttons fixed for all screen sizes on Android
- You now start with all status ailments and 3/4 full hit points and $50,000 so if you run into the first town before the monster gets you you can go into the hospital and check out the heal menu which lets you cure any or all of your ailments and health, and the item/accessory shop and the weapons/armor shop.
- All shops are finished and working to buy or sell your stuff, NOTE you cannot sell (or buy) your original sword blade. You can sell all the other original parts to it tho (when the game is released you will only have the blade and will have to find/buy the other parts in order to craft it)
- All menus are done and menu bugs fixed
- All cave backgrounds and some other backgrounds fixed/improved/aligned
- All chapters are implemented and go by map area, you can tell when you have changed chapters because the music/background noise will change
- Tutorial house complete, in most towns head for the large house to talk to any of the 4 tutorialists that live there
- All main npc's have some sort of conversation with you, most are the same except the first town Swellwater.
- You can now rent or return a rented boat from any of the 4 boat docks in the overworld
Things to do to complete and release the game:
- Make all items and magic do their job, currently heal and cure magic work, heal and magic potion work.
- need to implement 50% magic increase if staff is equipped
- need to make certain monsters give you status effects, and spells give monsters status effects
- maps
- Finish the rest of the VN pages (the book pages will include maps when you receive them from treasure or npcs)
- Need to make bounding borders for character, boat and monster/npc/boss characters
- Quests
- Story line
- Bosses
- Cut scenes
- Ending

Please check it out as it's the final demo and there will be no more updates to it (unless some horrible bug is found), I need your input to succeed in making this a great game, Thanks!

UPDATE 4/7/18
As per some player input had pointed out in the Android version, there was a major design flaw in the game involving small screen sized devices being near impossible to play the game, so I have updated the demo with a new system, now if you are not in the menu mode the game full screens to the game play window. There's also a new option to adjust the on screen game pad's alpha. I also corrected some bugs with pressing the directionals while the game intro is underway that caused you to be in some random location when the actual game starts, and the 8th menu option showing and overlapping the change character name option when changing the character's name. Also I have added all the main npc's that wander around the towns, the npcs inside houses and the shop owners, you can't interact with them yet and they are currently all the same looking, that will change soon but next I want to implement the shops and shop menus and then the static npc texts. next after that will be the story line, quests and boss enemies. Also of note is the windows version is now an installer style .exe when you download it.

Please check it out and let me know your thoughts, thanks

New menu controls:
In the menu use arrow keys to navigate to the object you want to equip/unequip and press the 'z' key or 'A' button on gamepad
In the items and magic menus there are 2 new buttons on the bottom to choose weather to use or equip the item or spell, note that you cannot use fight type spells unless you are in a fight.

Things that aren't finished yet:
no background borders yet, you can still go anywhere
no story line or interactions yet besides the single monster
no shops yet, you can enter them but nothing happens yet
no npcs yet, no one is around to talk to yet
no quests yet, you can go anywhere but there isn't anything to do yet 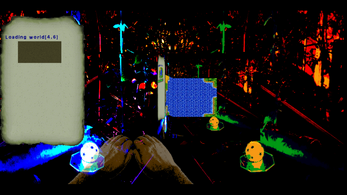 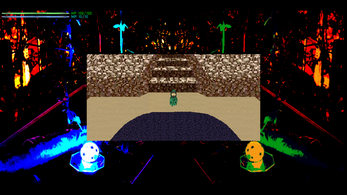 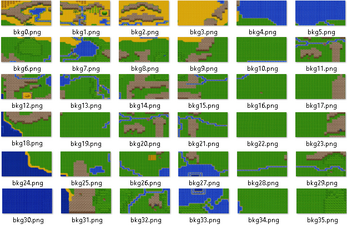 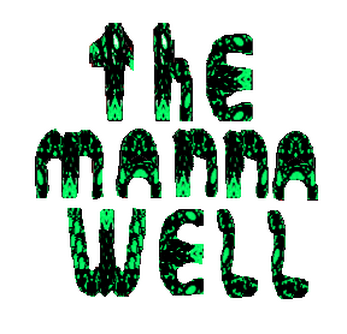